We departed from our homes at half past five this morning. Mohammed, our taxi driver didn’t believe at first that we could fit all of our luggage* into his car. We had to smile to ourselves. He had never seen us on tour in the Opel Corsa that served for years as our trusty bandwagon. We became so adept at car-boot Tetris that Brían wanted to give workshops at BIMM.

Our Dublin airport experience was easy peasy. We ran into Ocelot Ashley Watson, another well traveled musician, who assured us that he knew the whereabouts of every water dispenser in the building.

Our five hour flight from Dublin to St. John was a breeze. Alain watched King Arthur and read the introduction to ‘The Left Hand Of Darkness’ by Ursula K. Le Guin. He was sitting next to a dancer who will also be at Celtic Colours festival and who spent the entire journey listening to Moving Hearts and The Chieftains. After an very easy passage through customs and bag drop in St. Johns we settled into a few games of backgammon accompanied by burgers in the bar.

Canadians have a reputation for being friendly but even people in those roles that so often connote surliness (customs officers and other petit officiales) are so pleasant here that you want to beg your mother to let you keep them. One example that caught our attention was a security worker in full uniform and badge who’s sole purpose seemed to be the distribution of colouring books and crayons among children.

We’ve discovered two interesting facts since we’ve been sitting around here on our five hour layover in St. John’s.

Fact One: today is Canadian Thanksgiving, an event which draws on European harvest festivals and has been celebrated since 1879. It falls on the second Monday of October each year and the French refer to it as Action de Grace. It’s not as commercialised as its American counterpart but it does mean that everyone gets a three day weekend.

Fact two: Today there was an explosion at an oil refinery in St. Johns. Nobody was killed. A 36 year old man named Nate Guimond was doing house repairs when he witnessed the scene “There was thick, pitch black smoke mixed with white smoke,” said Guimond. “I heard a rumbling, roaring sound.” 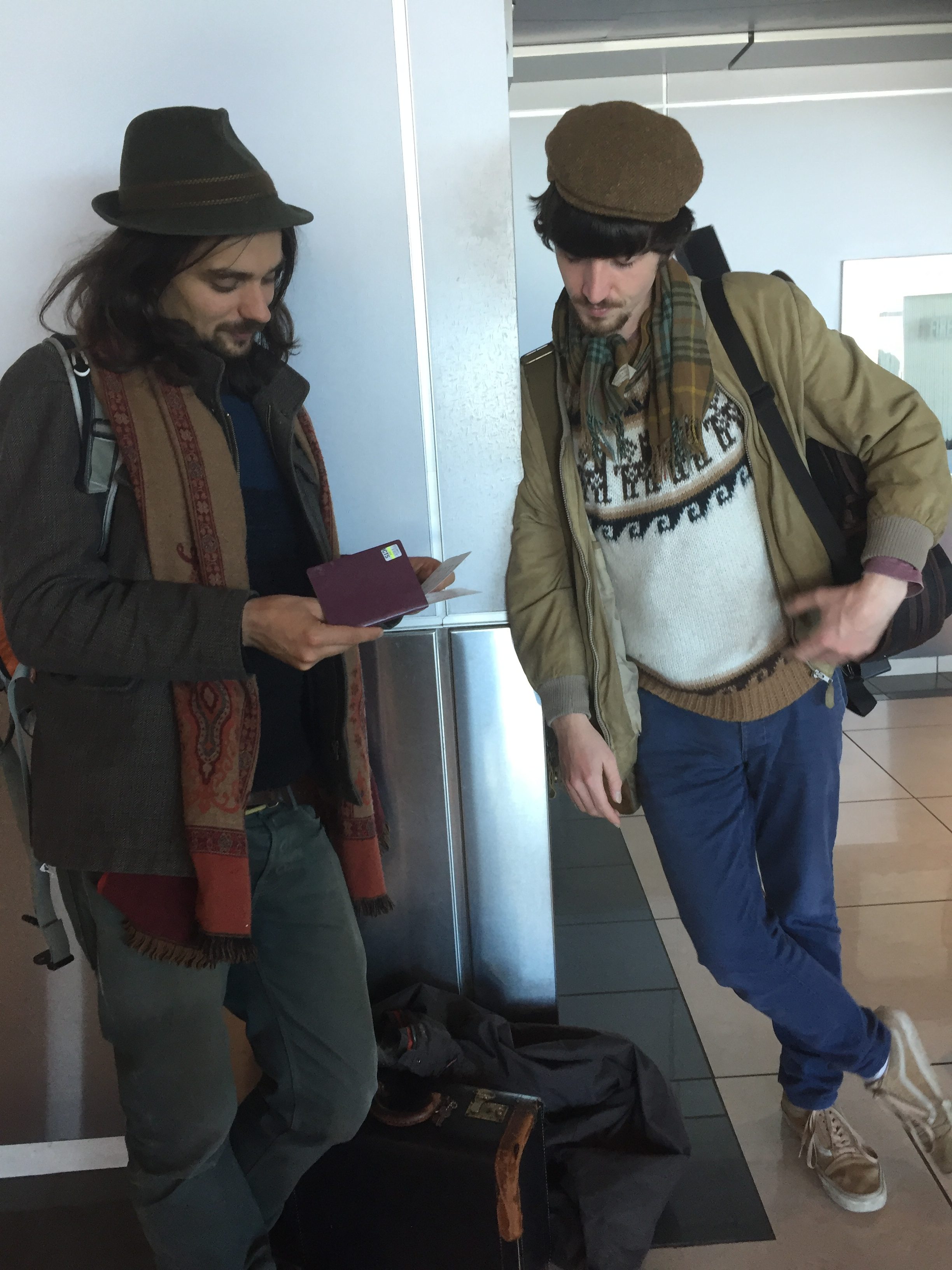 We boarded a tiny plane for our two hour flight to Halifax. Before boarding we overheard some indistinct walkie-talkie transmissions of which follows an approximate transcript as best we could decipher it: “thirsty hob-goblins “, “We found a right hand in the biscuit tin”, “Help me, Laura”. Very mysterious.

When we arrived in Halifax we were picked up by our driver, Dave, who drove us to the Gaelic College three hours away where we will be staying for the duration of the trip. After twenty one hours travelling and three hours of sleep we’re very tired boys. Goodnight Canada.

*Our luggage: one guitar, one bouzouki, one mandolin, one fiddle, one enormous suitcase, one small suitcase, three shoulder bags, two laptops, one backgammon board.